My friend the Unlikely Bookworm is a book blogger courageously working her way through the top 100 BBC Big Reads. These are the nation’s best-loved novels and include classics like P&P, Tess, David Copperfield among other pop culture must-reads like Harry Potter, Bridget and Good Omens. It’s a substantial list and I hope I will also manage to read all in due course, but as with any other collection of this kind, it can never be totally comprehensive because of the subjective nature of the beast. I have followed the Unlikely Bookworm’s progress and decided to join in with her read of The Count of Monte Cristo by Alexandre Dumas.

As number 44 on the BBC’s list, it comes directly after The Great Gatsby and is 1,462 pages of revenge and adventure on an epic scale (I read the Modern Library NY edition, 2002). The Count is a well-known classic that lovers of literature are supposed to read and, as you can imagine, it is quite a doorstop. The only recent popular large novels that spring to mind are The Luminaries and The Goldfinch but even these mercifully stop at 800. However, despite how heavy it was in my tote bag, I found it a surprisingly easy read. I fell into the story loving the merciless vengeance, magical coincides and horrific misfortunes. Originally, it was devoured by readers in a journal divided into 18 parts. Now days you could just make life easier and download a lightweight e-version.

Anyway, our Count is insanely compelling and I can understand why the public has chosen him as one of it’s favourites. The story is made even the more fascinating by the historical backdrop spanning from 1815 to 1838 and the real-life, political drama that acts as ammunition for the plot. Napoleon’s abdication, exile, return to power and ultimately his surrender and defeat, are hugely significant in the novel. Napoleon isn’t a character but his presence is a major entertainment factor. You can’t beat the drama of real-life mixed with the magic of fiction.

There are many cracking BBC Big Reads that I have had the pleasure of sinking my teeth into and my absolute favourites are: Midnight’s Children, The Great Gatsby, Crime and Punishment and The Secret History. The Count of Monte Cristo isn’t one of my favourites but I’d definitely name it a must-read before you die. A story of extremely well-planned, long-winded and strategic vengeance is fun to read and Alexandre Dumas has a good dark sense of humour. Let’s not get into the fact that he was probably mysogonistic and thought women over the age of 18 were past it though … that’s another blog post.

Please do wish the Unlikely Bookworm luck in her BBC Good Read’s Challenge and follow her progress here. 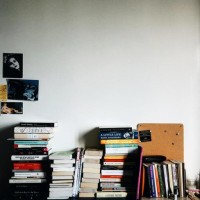 Live to Write - Write to Live

We live to write and write to live ... professional writers talk about the craft and business of writing

Reading a book a week

Blogging for a Good Book

A suggestion a day from the Williamsburg Regional Library

Books, reviews and all things worth reading

where Emily and books collide